Updated July 20 KST:
On the day of his comeback, Seungri has shared a new teaser image! His first solo studio album “The Great Seungri” is due out at 6 p.m. KST on July 20. 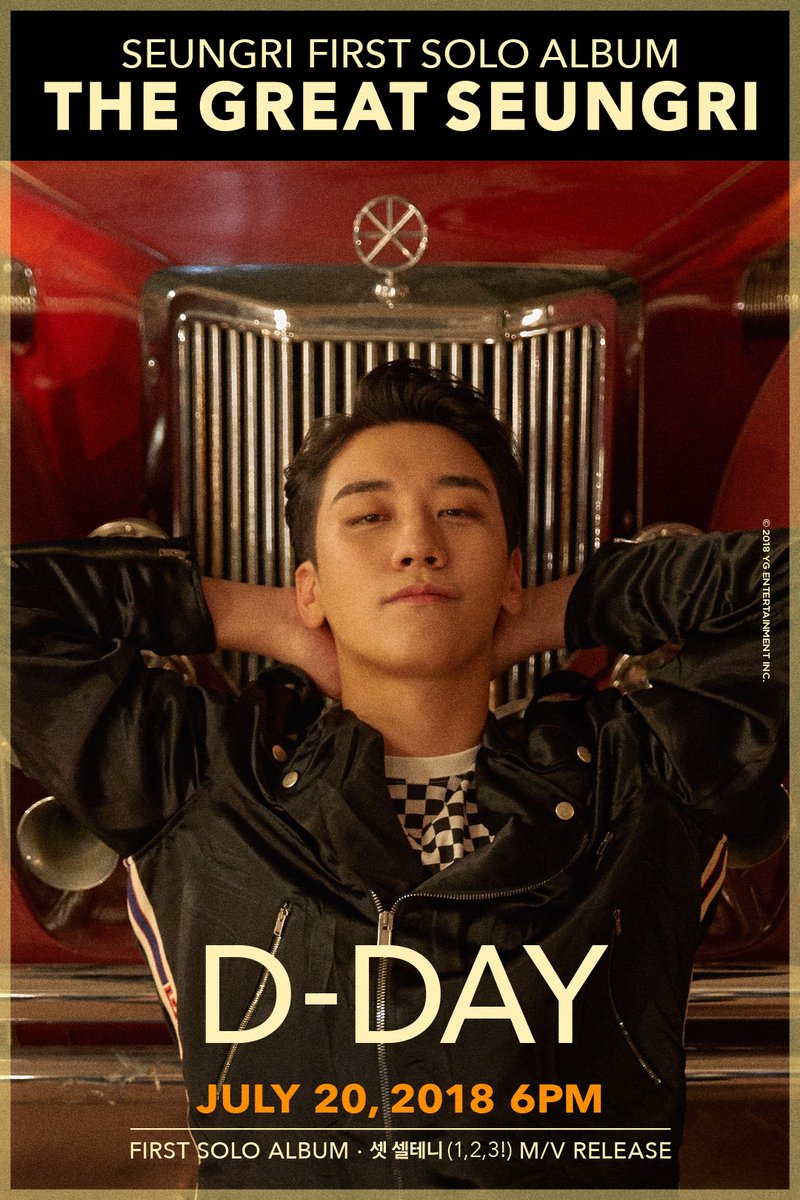 Updated July 19 KST:
Seungri has unveiled a little bit of the music video for his upcoming title track “1, 2, 3!” His first solo studio album is set to drop on July 20 at 6 p.m. KST.

Updated July 18 KST:
Seungri has released a moving poster teaser for his solo comeback with “The Great Seungri”!

Updated July 17 KST:
A new poster has been revealed for Seungri’s track “Where R U From” featuring WINNER’s Song Mino! 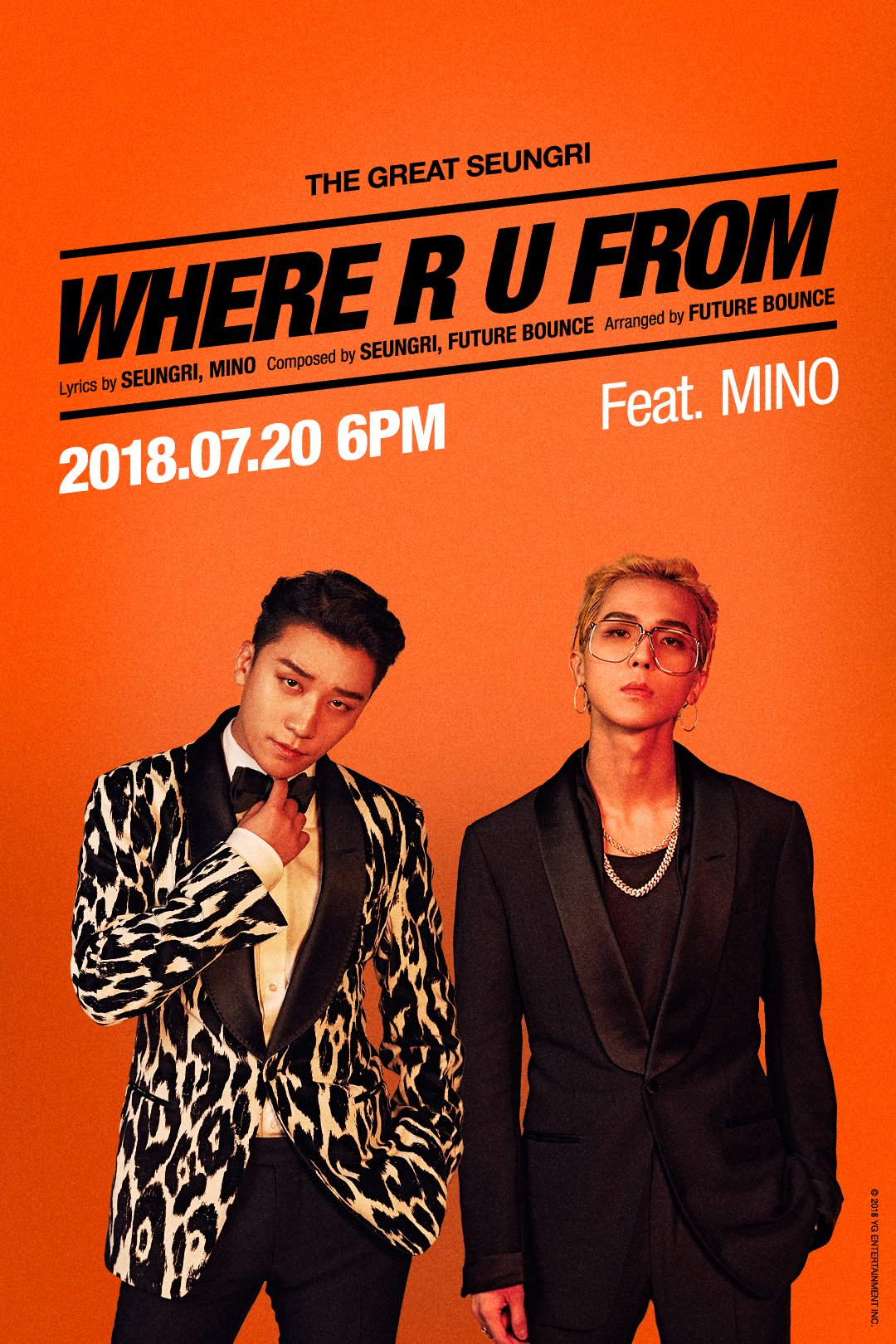 Updated July 16 KST:
Another poster has been revealed for Seungri’s title track “1, 2, 3!” 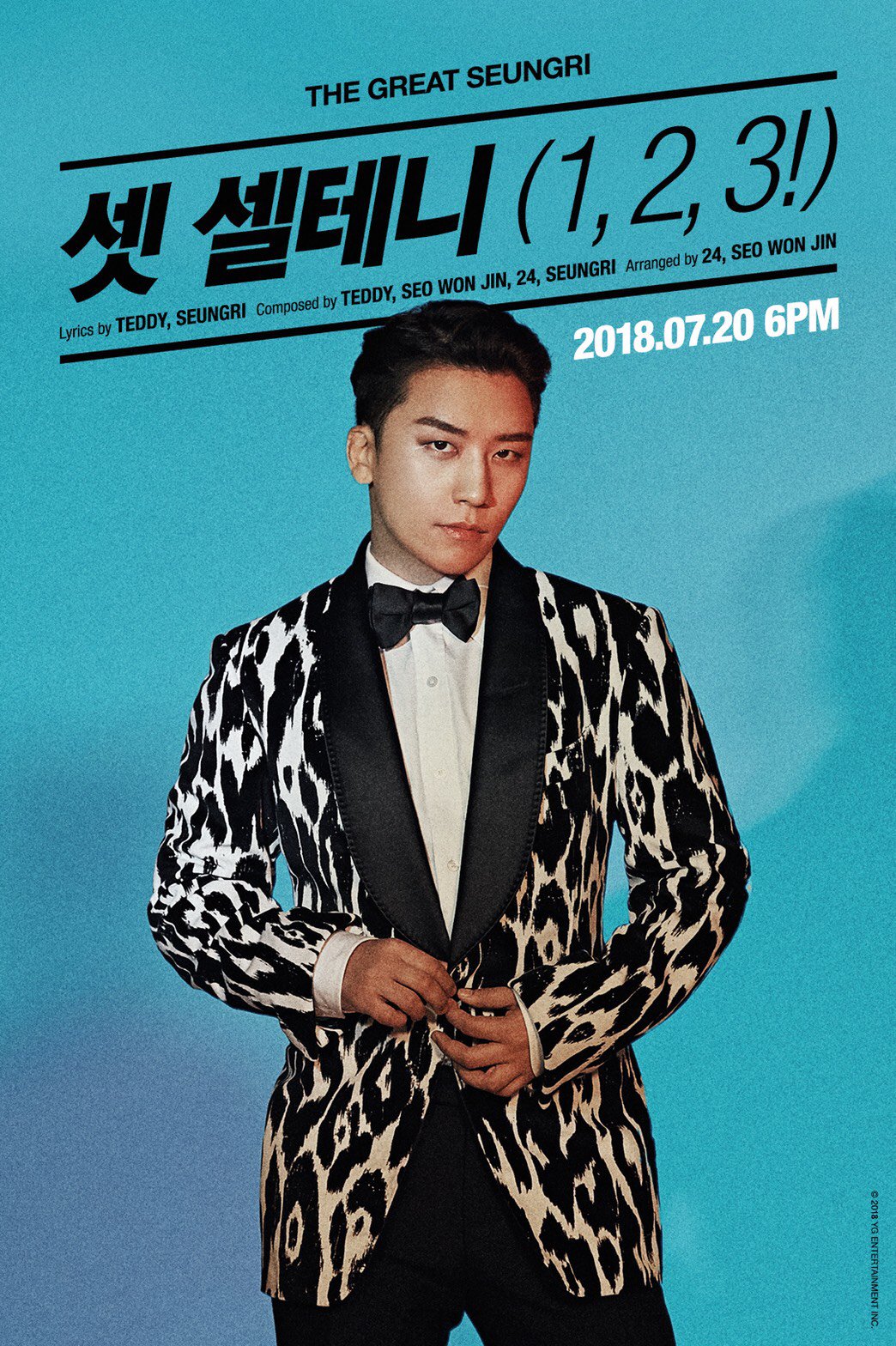 Updated July 12 KST:
Seungri has shared another teaser photo ahead of his first solo studio album and its sub-title track, “Where R U From”! The track is a collaboration between Seungri, WINNER’s Song Mino, and Future Bounce. 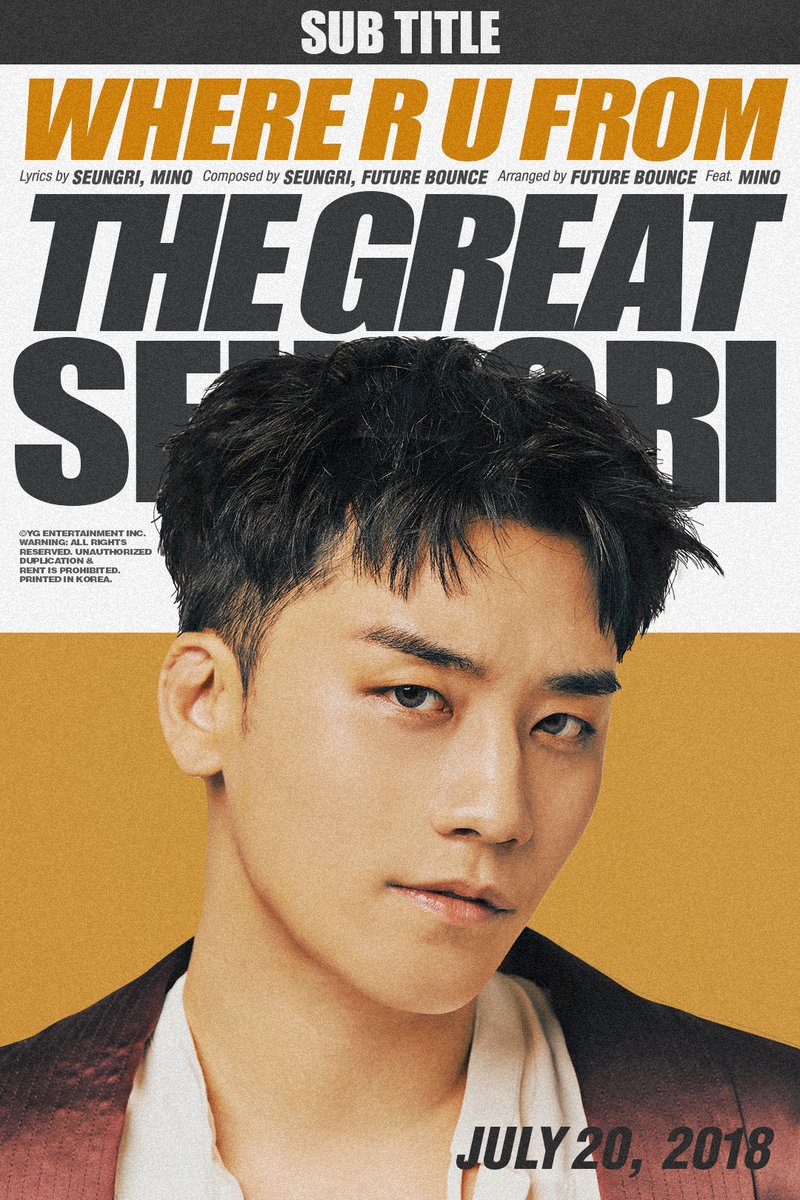 Updated July 11 KST:
Another teaser image has been revealed for Seungri’s first solo album and the title track “1, 2, 3!”
Check it out below: 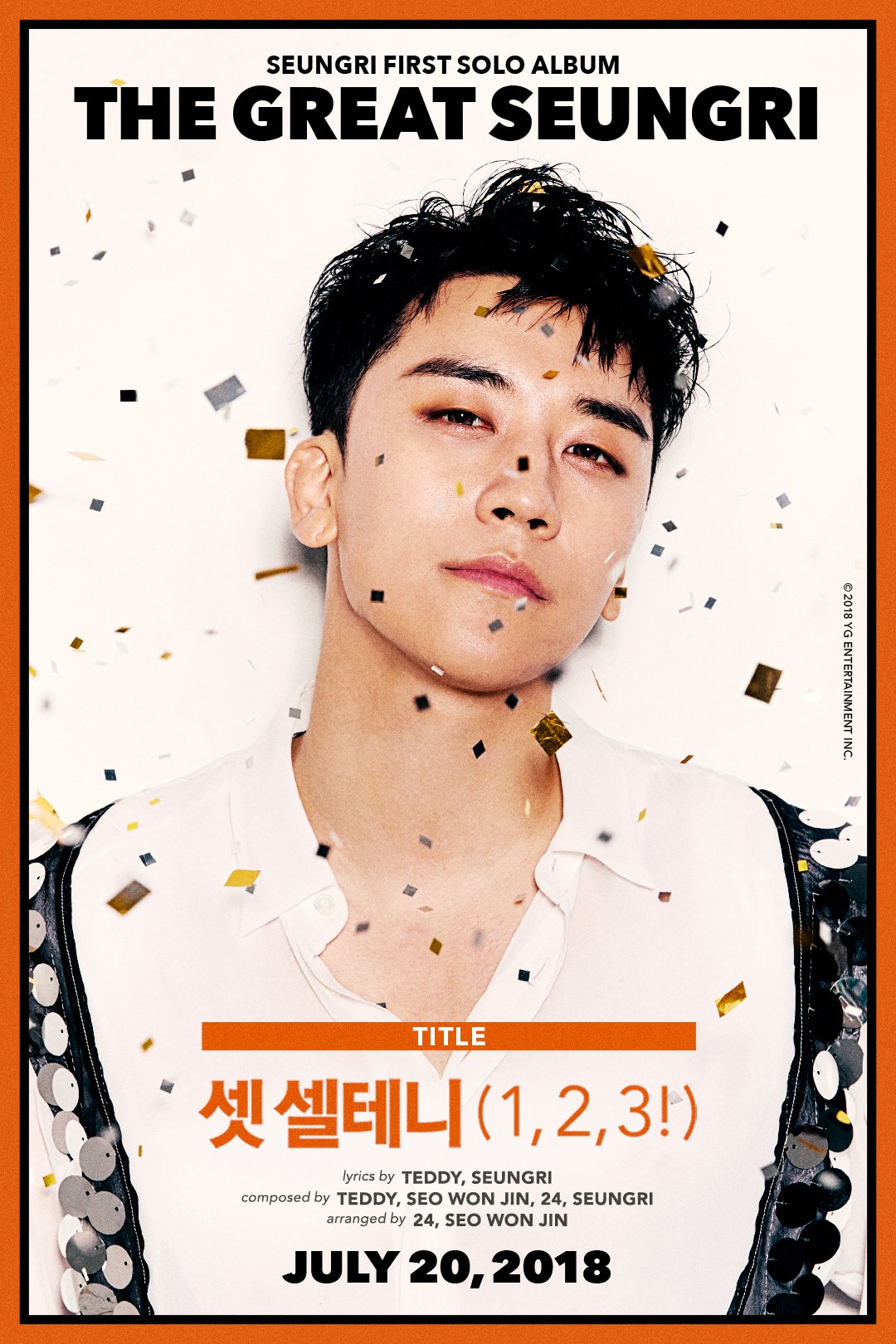 Updated July 10 KST:
The track list has been revealed for Seungri’s first solo album!
In addition to the song featuring WINNER’s Song Mino, Blue.D, iKON’s B.I, and DANNIC are also featuring on the album.
Check out the full track list below: 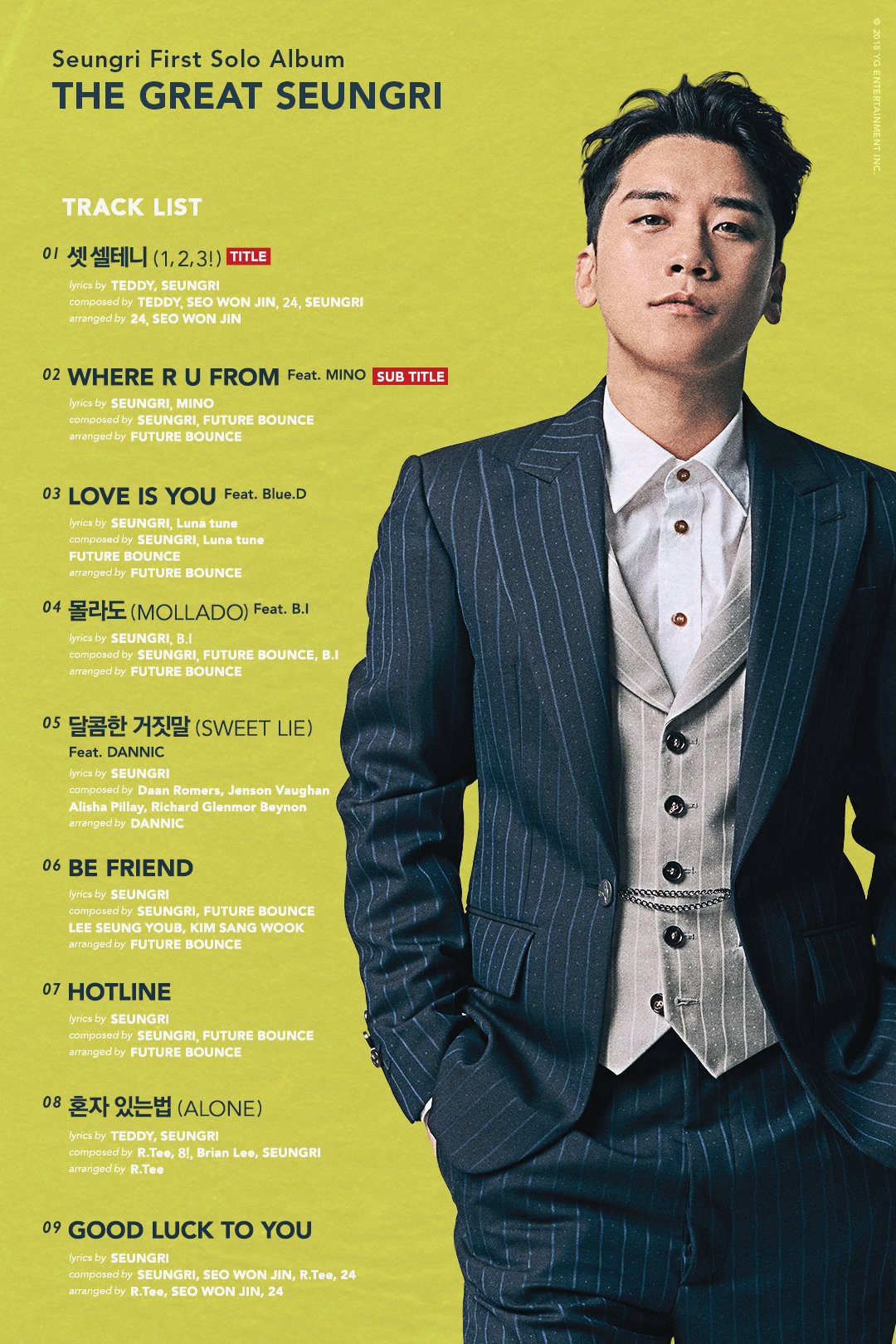 Updated July 7 KST:
Seungri has shared a new teaser and revealed more information about his sub-title track “Where R U From,” which will feature WINNER’s Song Mino! Seungri and Song Mino co-wrote the lyrics to the new song, while Seungri worked with Future Bounce to compose the track. 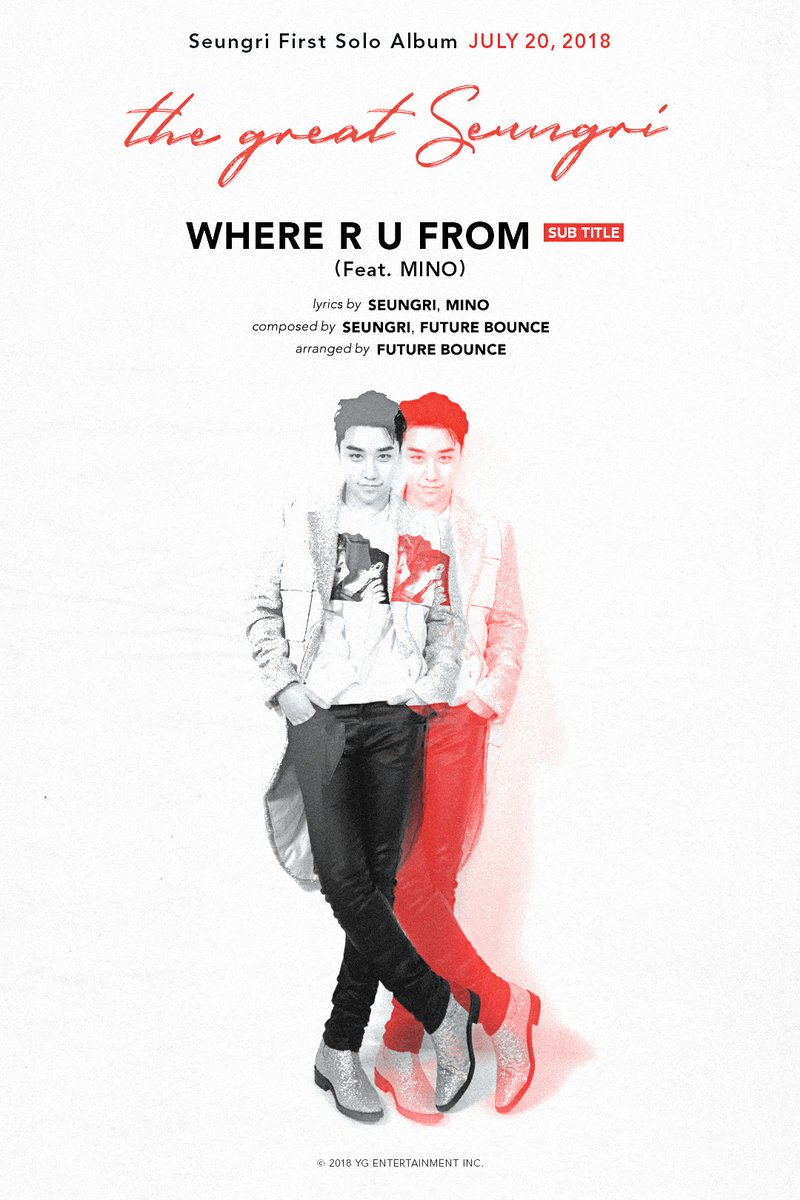 Updated July 5 KST:
Seungri has released a new teaser! His title track is “1,2,3!” with the lyrics written by Teddy and Seungri. Seungri also participated in the composing alongside Teddy, Seo Won Jin, and 24. 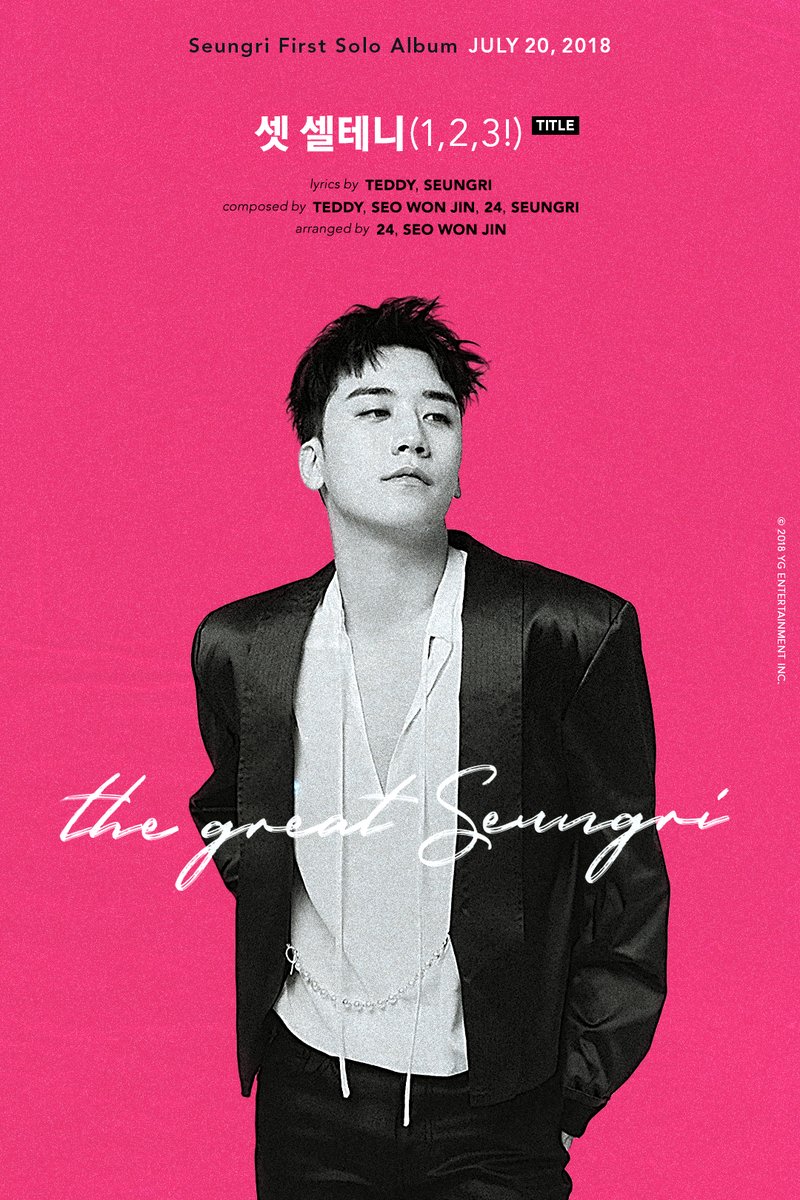 Original Article:
BIGBANG’s Seungri has finally revealed more information about his upcoming solo comeback!
On July 3 at 9 a.m. KST, the singer announced his first Korean studio album will be titled “The Great Seungri” with a teaser image. He also revealed that it is set to be released on July 20. 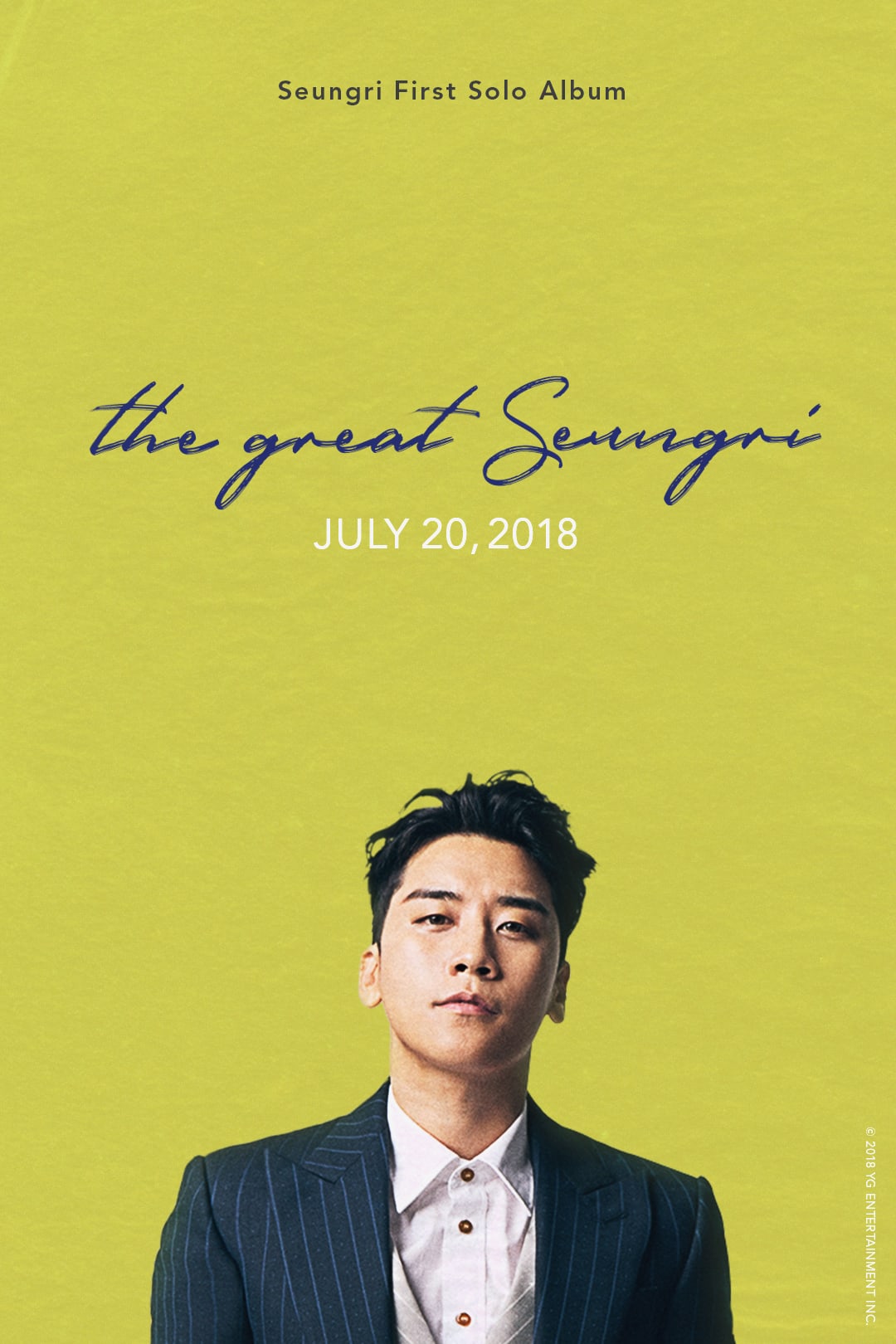 Seungri’s first solo track was “Strong Baby,” which was included on BIGBANG’s 2008 album “Remember,” but his official solo debut was with his mini album “V.V.I.P” in 2011. His new album “The Great Seungri” will mark his first release in five years since his second mini album “Let’s Talk About Love.”
Over the last couple of months, Seungri has also given his fans many hints about his upcoming album at various events, radio show appearances, and on Instagram.
Following his new album’s release, Seungri is also set to hold his very first solo concert in Korea on August 4-5.