With the same cast and a quasi plot, a remake of the 1993 TV drama “Bao Qing Tian” (“Legend of Justice Bao Zheng”) is set to prove that classics actually can be remade.

“I’ve been living with the character,” Jin told reporters Tuesday when he joined co-stars Kenny Ho and Fan Hung-Hsuan to promote the drama. He was referring to his two-decade-long career of portraying the 11th-century justice Bao Zheng in various TV and film productions.

These fictional accounts of Bao Zheng, whose nickname is “Bao Qing Tian”,  usually revolve around him and two of his assistants, Zhan Zhao and Gongsun Ce.

Jin said among his collaborators, Ho and Fan, who played Zhan Zhao and Gongsun Ce respectively in the 1993 version, are the most impressive. “It gradually dawned on me that I cannot play Bao without them,” Jin said, calling this the reason for their reunion.

Historical documents describe Bao Zheng as a judge with a strong sense of fairness. He is regarded by Chinese people as a symbol of justice. 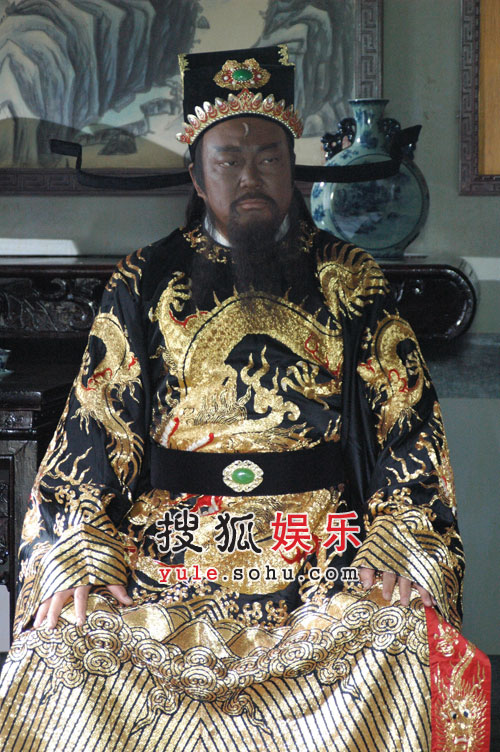 Bao Zheng [sohu.com]
The legends of Bao Zheng have inspired a bevy of TV, film and literary works. Among them, the 1993 drama is the best known. The drama focuses on Bao Zheng’s efforts in investigating a number of mysterious cases with the help of Zhan Zhao and Gongsun Ce. It was such a hit that Jin Chao-Chun is now almost seen as the embodiment of Bao Zheng.